This is an archived page detailing the original, first version of the RNode design. For the latest version, please see the RNode page.

An RNode is an integrated, long-range data-radio that uses raw LoRa modulation in a variety of frequency bands. You can think of it as a general-purpose LoRa-based network card for your computer or mobile device. It connects to a host via USB, UART serial, Bluetooth or WiFi. It can also be programmed for independent operation. In short: A swiss army-knife of a LoRa-based communication device.

You can turn different kinds of LoRa development boards into an RNode, build one yourself, or buy a ready-to-use version from my shop. Self-built versions, and RNodes repurposed from other LoRa dev boards will be functionally identical, but may come in many different shapes and sizes, and have different pin layouts. Most of the details on this page concern the original RNode design, but will also be applicable to any other type of RNode. 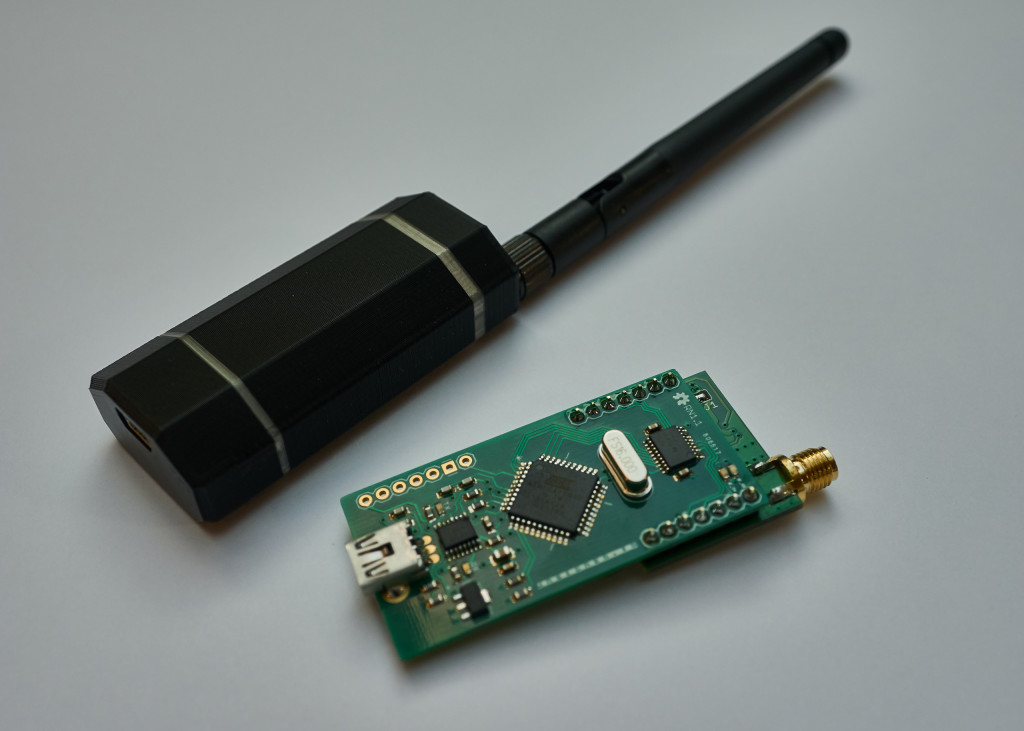 An RNode can functions as a:

For adding RNode to your Arduino environment, please see this post. For configuring an RNode, please have a look at the RNode Config Utility.

RNode can operate in the following two frequency bands:

Custom made or RNodes made from repurposed boards may be able to utilise other frquency bands depending on their transceiver setups.

If you want some inspiration to get started with RNode, have a look at the following examples. Most of them contain step-by-step instructions on how to do them yourself. 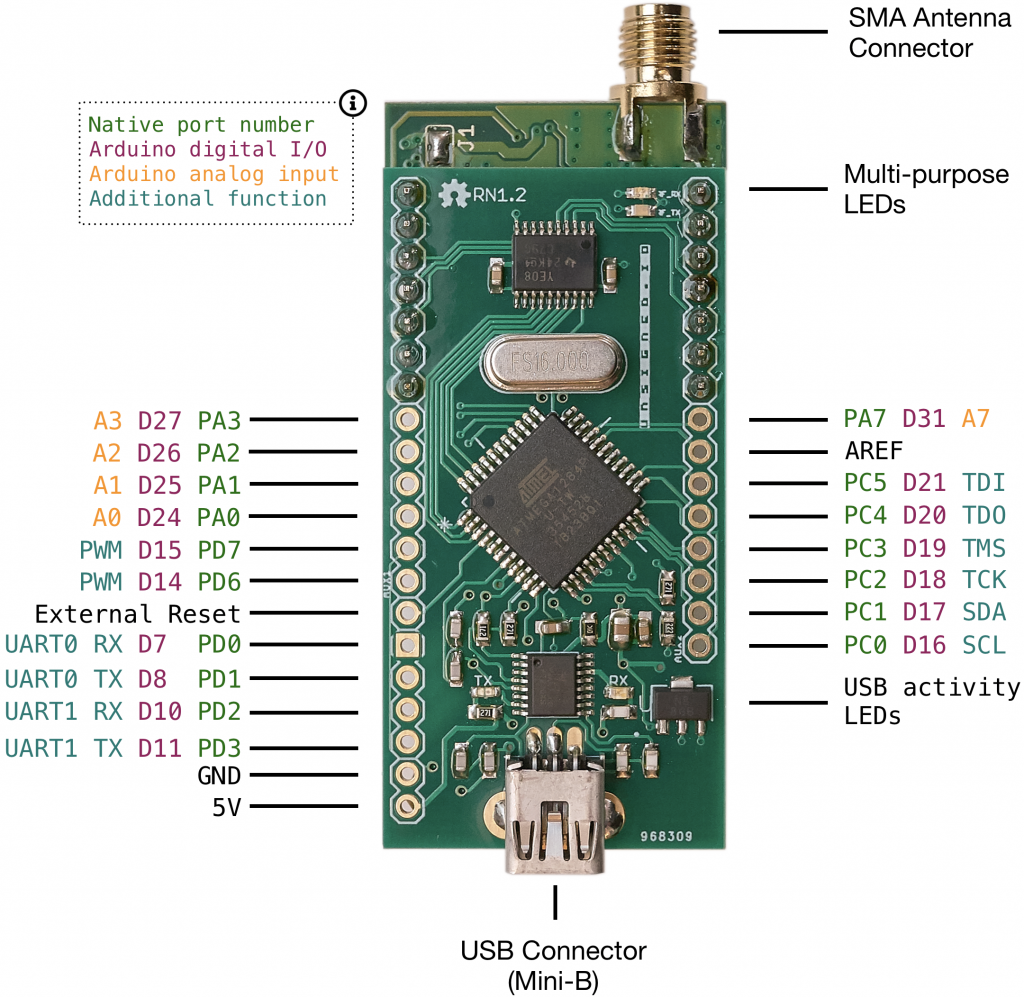 Using the included libraries, it's easy to use RNode in your software. Here's a Python example:

You can communicate with RNode either via the on-board USB connector, or using the serial pins on the board (labeled RX0 and TX0). RNode uses a standard FTDI USB chip, so it works out of the box without additional drivers in most operating systems.

All communications to and from the board uses KISS framing with a custom command set. RNode also does not use HDLC ports in the command byte, and as such uses the full 8 bits of the command byte is available for the actual command. Please see table below for supported commands.

A few notes on the EEPROM

As a completely open device, RNode does not block you from modifying the EEPROM contents, which specifies things like radio parameters, serial number, manufacture date and similar. But please be aware that doing so might render the device inoperable or burn out the radio. Before making any modifications, please make sure to create a backup of the EEPROM.

RNode includes a cryptographic signature of the EEPROM contents, which validates all the information stored within it. You will not be able to re-create a valid signature if you erase it! Without this signature, the board will still function, but warranty will be void. If you upload your own programs or alternative firmwares to RNode, you should make sure that they don't write to the last 200 bytes of EEPROM. You can back up your EEPROM with the config utility.

You can buy one from my shop, or make it yourself. Using the circuit design files, it is possible to build a fully functional RNode on a breadboard. See the following articles for more info on how to easily make your own RNodes from common boards: