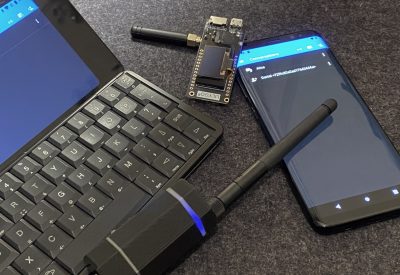 Private, Secure and Uncensorable Messaging Over a LoRa Mesh2022-03-26Or: How to set up a completely private, independent and encrypted communication system in half an hour, using stuff you can buy for under $100. 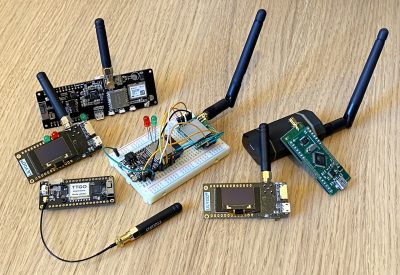 RNode With Anything2022-01-27Well, maybe not anything, but let's see if we can get close. RNode is now a multiplatform firmware! That means it is possible to make and deploy RNodes for use with Reticulum, or any other software usable with RNodes, with very little effort, and very low cost. Read on to find out how. 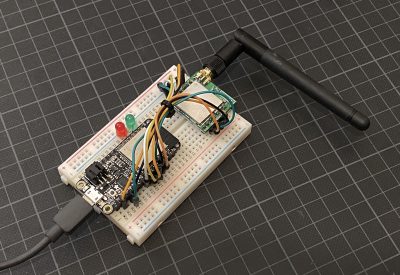 How To Make Your Own RNodes2022-01-26Or: How to set up a completely private, independentThis article will outline the general process, and provide the information you need, for building your own RNode from a few basic modules. The RNode will be functionally identical to a commercially purchased board. 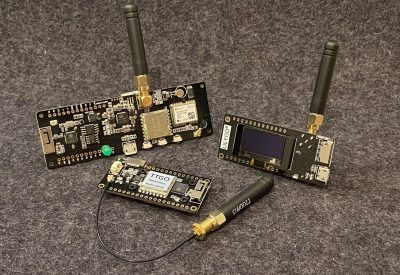 Installing RNode Firmware on Supported Devices2022-01-25If you have a T-Beam or LoRa32 device handy, it is very easy to get it set up for all the things that the RNode firmware allows you to do. 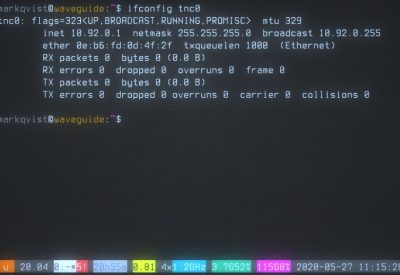 Ethernet and IP over Packet Radio TNCs with tncattach2022-01-25If you have a T-Beam or LoRa32 device handy, it is very easy to get it set up for all the things that the RNode firmware allows you to do. 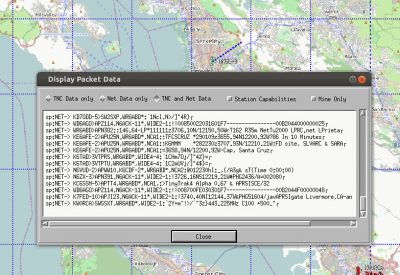 Using RNodes With Amateur Radio Software2020-05-03If you want to use an RNode with amateur radio applications, like APRS or a packet radio BBS, you will need to put the device into TNC Mode. In this mode, an RNode will behave exactly like a KISS-compatible TNC, which will make it usable with any amateur radio software. 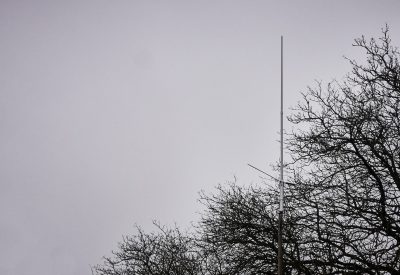 LoRa packet sniffing with RNode2018-07-02In the last post, we looked at creating a 15.75 kilometre SSH link with two RNodes acting as wireless network cards. Today, we're going to be a bit more passive. Using just a single RNode, we'll put the device into promiscuous mode to sniff LoRa packets and dump them to a computer. 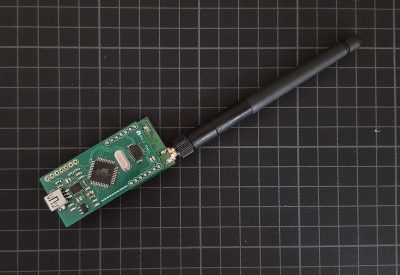 IP over LoRa: RNode as a wireless NIC2018-07-01While LoRa was not as such designed as an underlying physical layer for IP-based communications, it's still possible to do exactly that. A very handy feature of RNode is that you can attach it to your computer, Rasbperry Pi, or similar, as a generic network interface.

Board support in Arduino IDE2018-04-06It's now easy to add support for all unsigned.io boards in the Arduino IDE! This guide shows you how. 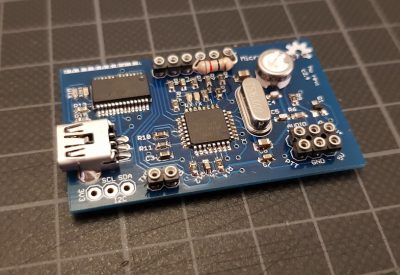 Using KISS settings in Xastir2018-03-28The MicroAPRS firmware for MicroModem supports changing AX.25 settings like preamble length, TX tail and others via the KISS protocol, so the host program can easily set these parameters.