APRS over LoRa with RNode

One of the very convenient features of RNode is the ability to use it as a fully integrated TNC and data radio, in one compact device. In it's KISS-compatible TNC mode, RNode can be used with more or less any amateur radio packet software. Arguably, APRS is the most popular amateur radio packet application currently, and a great way to experiment with the capabilities of the device.

You can use RNodes with just a small antenna attached directly to the SMA antenna port, but for this experiment, I wanted to try using them with external antennas connected.

I used the RNode Configuration Utility to put two RNodes into TNC mode. I set the frequency to 433.7 MHz, and output power to 25mW. I configured the LoRa parameters to yield an on-air bitrate of 1.76 kbps, slightly higher than the 1.2 kbps normally used for APRS, but still in the same ballpark. RNode supports bitrates of up to 21.88 kbps, by the way. Here's the complete command I used to configure the RNodes:

After configuring the devices, I hooked one up via USB to a computer at home with Xastir installed. I connected the antenna port to the feedline of a 430 MHz vertical antenna I have mounted outside the house.

The other one I attached to a laptop in my car (also running Xastir), and put a small magmount antenna on the roof. The larger antenna is connected to the mobile radio mounted in the car. 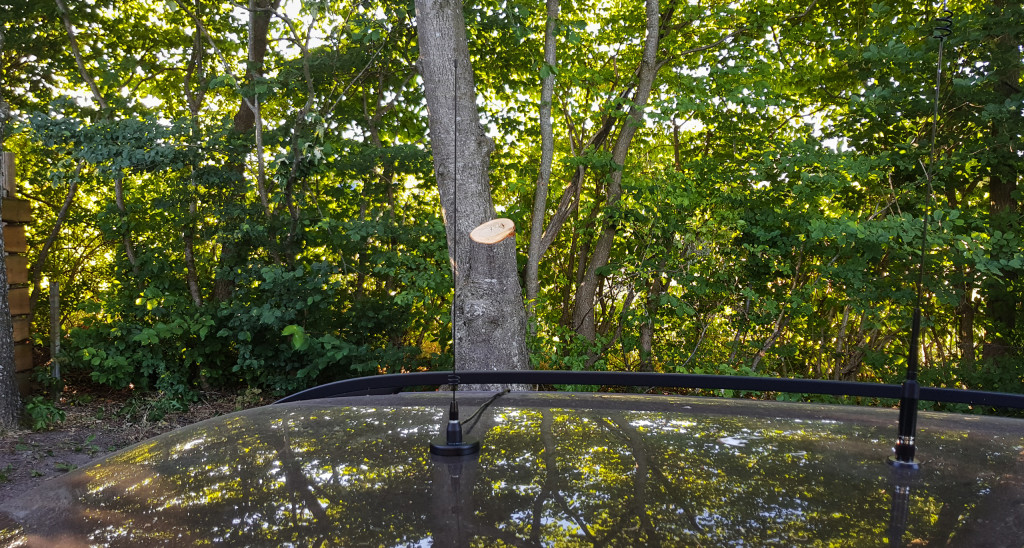 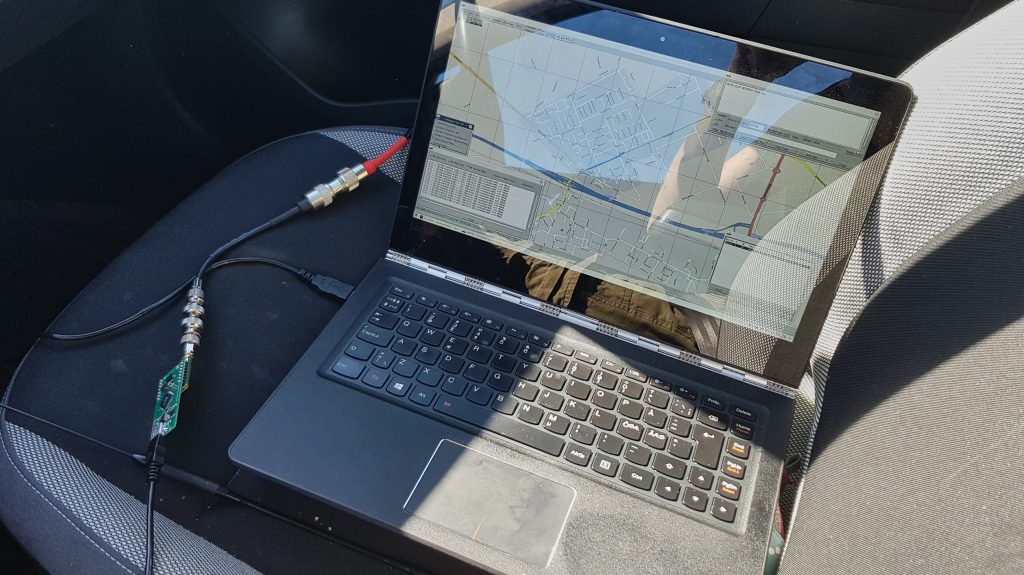 After that I went for a little drive to try out the setup. I keep being impressed by the range these devices offer at such a low power output.

The sensitivity of these things is just amazing. The farthest I went on this drive was 8 kilometers away, and the packets were still picked up fine by the receiving RNode, even though they were being transmitted from behind quite a few buildings, forests and hills. On the first part of the drive, you can see that there is quite some distance between the position updates, which was because I had set Xastir to query the GPS too slowly, so packets were not sent very often. On the last part, updates are quicker.

I actually think LoRa has a lot of potential for APRS networks. Being able to work below the noise floor, and utilising very low power output, LoRa APRS could even coexist with voice channels. If you're interested in getting started with LoRa, I think setting up a couple of APRS stations with RNodes is definitely a great and fun project! I'm definitely looking forward to experimenting more with this, and testing the limits of the concept.