Well, maybe not anything, but let's see if we can get close. RNode is now a multiplatform firmware!

That means it is possible to make and deploy RNodes for use with Reticulum (or any other software usable with RNodes) with very little effort, and very low cost. Read on to find out how. 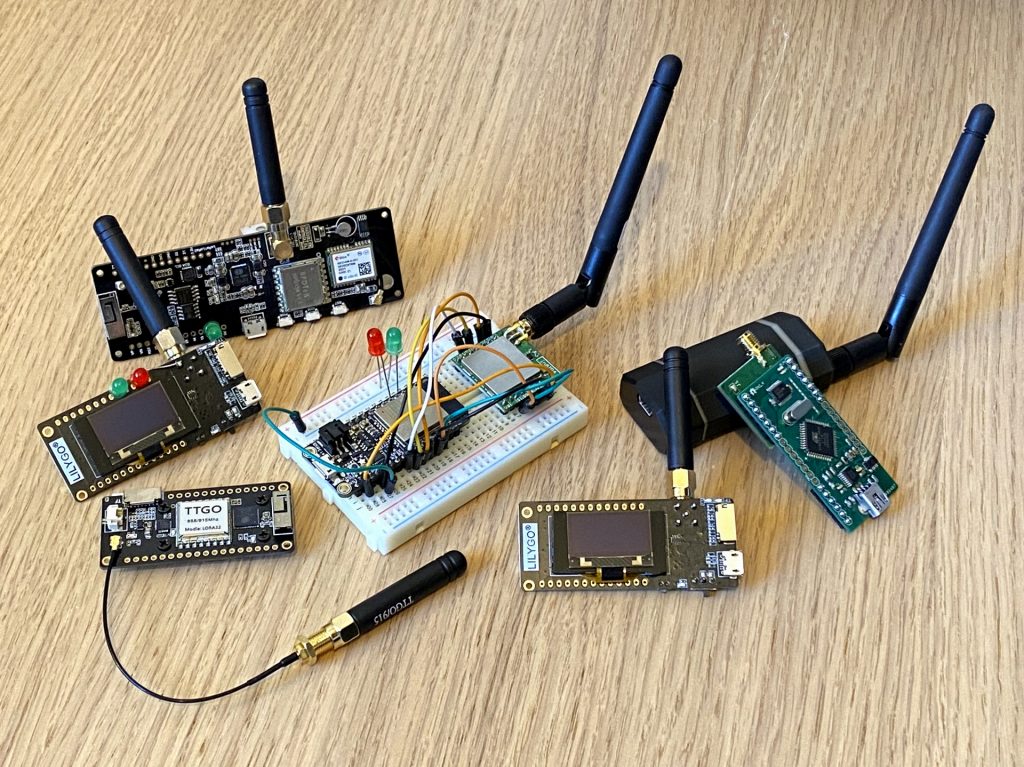 What does all these devices have in common? They are all RNodes!

Until now there has basically only been two options for using a LoRa based radios as interfaces for Reticulum: Buying a completed RNode from my shop, or building your own from a suitable MCU and LoRa transceiver module. That is all going to change now, making RNodes and Reticulum much more accessible, to a much wider crowd.

Recently, I have been hard at work upgrading the codebase for the RNode Firmware to support multiple processor architectures and board platforms. This means, that starting from now, you will be able to make a bunch of RNodes in about 5 minutes, by repurposing any of a wide range of commercially available boards and modules you probably already have in a drawer somewhere.

With the automated install and configuration tools I have released, you will be able to churn out RNodes for friends and family like there is no tomorrow, from many of the hundreds of thousands of LoRa dev boards available in circulation today. There is even a friendly guide helping you install the right firmware for your devices: 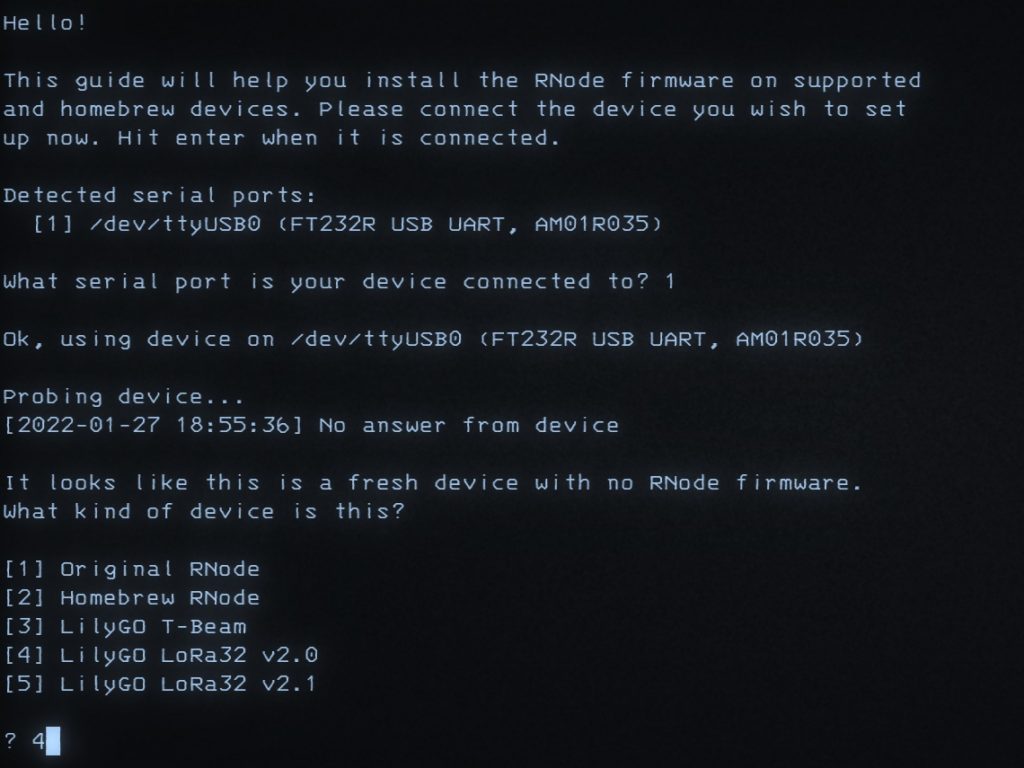 The start of the autoinstall guide, while installing the firmware on a LoRa32 device

And I will continue adding support for more boards by popular demand. For a tutorial on how to actually do this, read the How To Make Your Own RNodes post or the Installing RNode Firmware on Supported Devices post, depending on the hardware you have available. At the time of writing, the autoinstall procedure supports the following boards:

So, why on Earth would I do something like this? Isn't this going to completely undercut my own business of manufacturing and selling hardware? Well, yes it is, I don't think there is any way around that. The RNodes I have been selling come with a much higher price tag than a no-brand LoRa board from one of the usual vendors or straight from Shenzen.

You do get a lot of build quality, reliability, careful testing, better RF performance, extended operating ranges, low power consumption and support from a real human being (me!) for those extra coins, but for most people, the cheaper option is, in most cases, realistically the better one, since you can often get three or four cheap devices for the price of one original RNode.

So did I just ruin my entire business model? Yes. Am I quite the entrepreneur or what?! I made this decision, and put in the effort to execute it (adding multiplatform support to the entire ecosystem of software was no weekend project), because I ultimately think that the availability of these tools for more people is a higher value than my own commercial interests.

It is my hope, that with time, I can sustain my professional work solely from voluntary donations towards the free and open source communications systems that I design, implement and make available. Such a situation would allow me to focus intensively on my goal of realising completely Free, Secure and Uncensorable, effective Off-the-Grid communications systems deployable by anyone, anywhere in the world.

And if you are one of the many people that have bought and supported my hardware, firmware and software projects throughout the year, I offer you my heartfelt appreciation. I could not have gotten here without you, and you are part of the reason that this is all possible now. Thank you.